Like many communities, King County is experiencing the highest rate of opioid related-overdose deaths than ever before due to fentanyl, a deadly containment found in illicit drugs. In partnership with Washington State’s King County, we developed the campaign Laced & Lethal that educates residents on the dangers of fentanyl-laced drugs and actions to prevent a fatal overdose.

In our formative research with teens aged 14-19, many reported trust in their drug sources, often believing the pills they purchased had come from a pharmacy. While many knew other teens who had overdosed, they didn’t believe it would happen to them because they were being “smarter” about their substance use.

We developed the evidence-based ad “Meet Myles” to increase teens' relevancy of the risk of fentanyl-related overdoses and the importance of taking preventative measures. The ad features a relatable character and authentic story to ensure maximum resonance among those most at-risk.

The campaign also features an interactive website where audiences can get in-depth information about fentanyl and overdose prevention strategies. The website also houses key resources for illicit drug users, including a county-led naloxone distribution program. This program, developed through a partnership between Kelley-Ross pharmacies and Laced & Lethal, allows King County residents to order free naloxone online and in-person at local pharmacies. 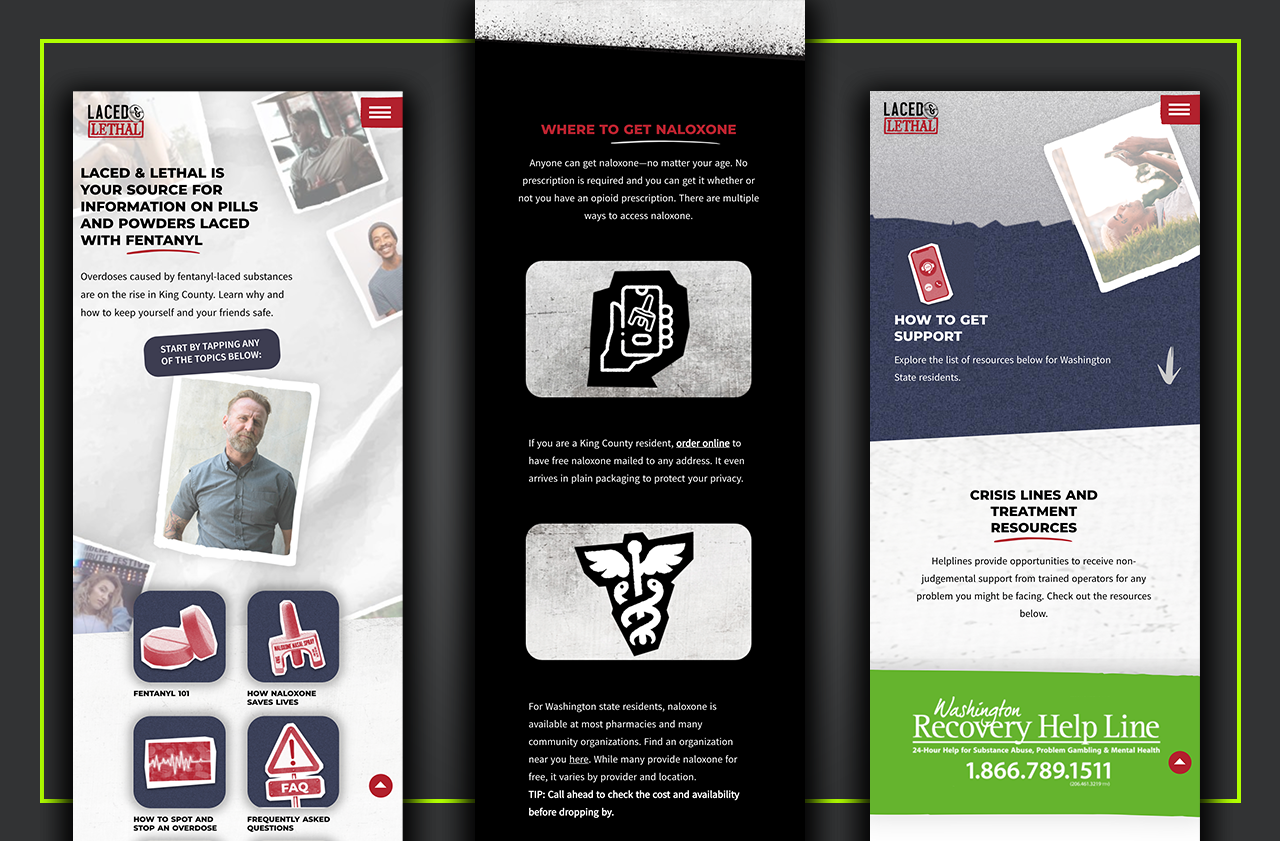 If you’d like to learn more about bringing a substance use prevention campaign to your community, please contact Michelle Bellon, VP of Strategy & Growth.